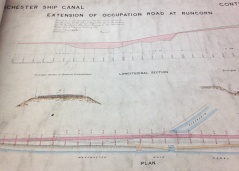 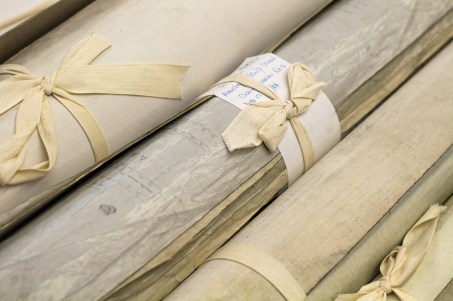 During the Industrial Revolution, the once rural communities grew into thriving industrial conurbations, and textile mills, engineering works, railways and canals dominated the landscape. This exceptionally exciting era is captured in the uncatalogued business records of companies that literally changed the face of the North West, especially those of the Manchester Ship Canal Company. Without the construction of the canal, which was one of the greatest engineering projects of the Victorian era, the North West would not have become one of the most important cotton manufacturers in the world. Its development ensured that cotton could be cheaply transported to the Mersey estuary for exportation to America, and the technical planning that lay behind its construction became a showcase for Manchester’s engineering companies, attracting customers from all over the world. The 58km Manchester Ship Canal is one of the most important civil engineering projects of the late Victorian era.

The Manchester Ship Canal collection helps to illustrate how and why the North West became such an important centre for industrial growth. The plans that require cataloguing help illustrate not only the development of the canal company and this amazing engineering achievement, but also the development of the other industries it supported, such as textiles, coal and manufacturing.